We believe that in preparing young men for life, we should strive to develop well-balanced individuals. Emphasis is placed on a holistic approach to music, allowing the boys to participate in many different genres underpinned by solid knowledge and critical evaluation of the subject, but with a balanced appreciation and a supportive environment in which to perform. Musicianship should be cultivated in every young man and their musical achievements celebrated. Music plays a part in every boy’s life at St Alban’s College, be it for hymn practice or singing in Chapel, war cries, including proud renditions of the school song, or performing in our world-class auditorium. Music adds traditional, creative, social and personal value to life in general. 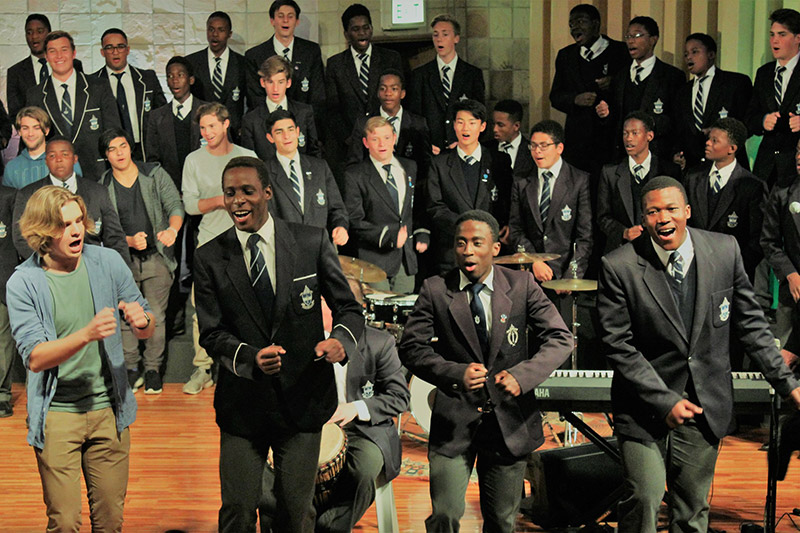 Music plays a part in every boy’s life at St Alban’s College, be it for hymn practice or singing in Chapel, war cries, including proud renditions of the school song, or performing in our world class auditorium. Music adds traditional, creative, social and personal value to life in general. St Alban’s College aims to give a balanced, all-round education to its students, this includes developing the musical talent and potential of all the boys whom we are privileged to teach.

The St Alban’s College Music Department strives to develop excellence through instilling a love, enjoyment and appreciation of Music amongst all its students. We believe that excellence grows from enjoyment, and our focus therefore is on allowing boys to experiment, find their own niche, and through that develop into passionate and accomplished musicians and entertainers. The Cultural Festival is one such event where hidden musical talents suddenly spring to the fore from students who would otherwise remain under the radar. This is one opportunity where we can pick up new talents and nurture them, and thus play a part in developing all-round education and creating responsible citizens, ultimately playing our part in preparing young men for life.

Music as an Academic Subject

Formal music education starts with the junior boys who have the option to take music as a module. It is also an elective subject for senior boys.

We follow the IEB syllabus concentrating on three major components and promoting several opportunities for the boys to achieve:

Subject Music is a demanding, but fascinating and rewarding subject.

One of the main requirements of subject music is to learn an individual instrument that is recognised by the IEB (Independent Examination Board). Every Subject Music student is therefore expected to take individual practical lessons, which also has a cost implication

The minimum requirements for Subject Music are:

The above Grade levels are based on the following examining bodies for music:

A student may choose pieces NOT included in the syllabi of these institutions, but the pieces need to be at the required standard.

St Alban’s College offers vocal and instrumental tuition in a variety of instruments. Our teachers are specialists in their specific instruments. It is our policy that any St Alban’s boy who wishes to learn an instrument should be catered for. Should a St Alban’s boy require lessons in a musical discipline not covered by the current teachers, we will make every effort to find a suitable teacher, wherever possible.

The fees for instrumental lessons in 2021 are R400/hour, R300/45 minutes and R200/30 minutes. The length of lessons depends on the personal needs and the ability of the student. To register for Music Lessons, please sign the registration form, after carefully reading the Policy and Fee Document.

Performance is integral to playing an instrument. It develops self-discipline, confidence, musical understanding and self-discovery. Those who feel overwhelmed by the idea of individual performance can perform in groups, where they will feel less vulnerable. During the year, there are many opportunities to perform, and some concerts are solely for the purpose of allowing less confident performers the opportunity to perform in a less threatening environment.

The Music School offers six individual practice rooms, a percussion practice room and an ensemble practice room, as well as a music technology room, fully equipped with the latest technology to assist the boys with improving their composition and improvisation skills.

Boys have innumerable opportunities to make music together in the Choir, Barbershop, Band, Guitar Club or one of the smaller instrumental ensembles. 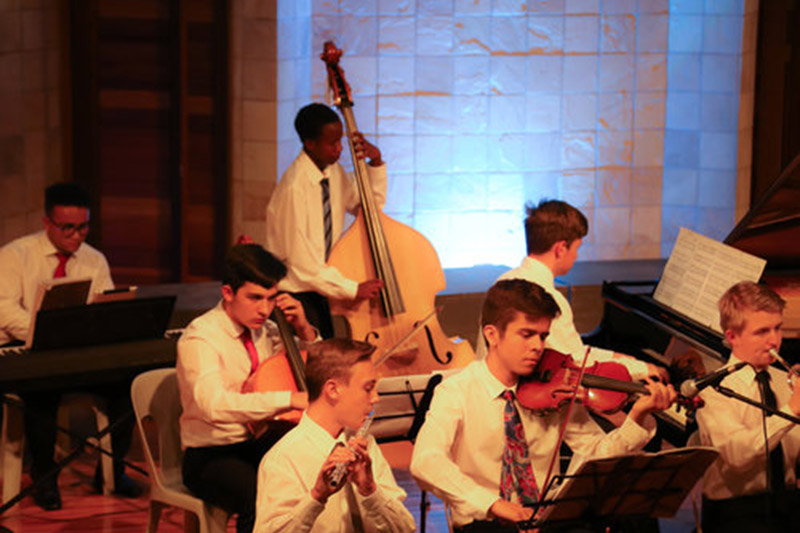 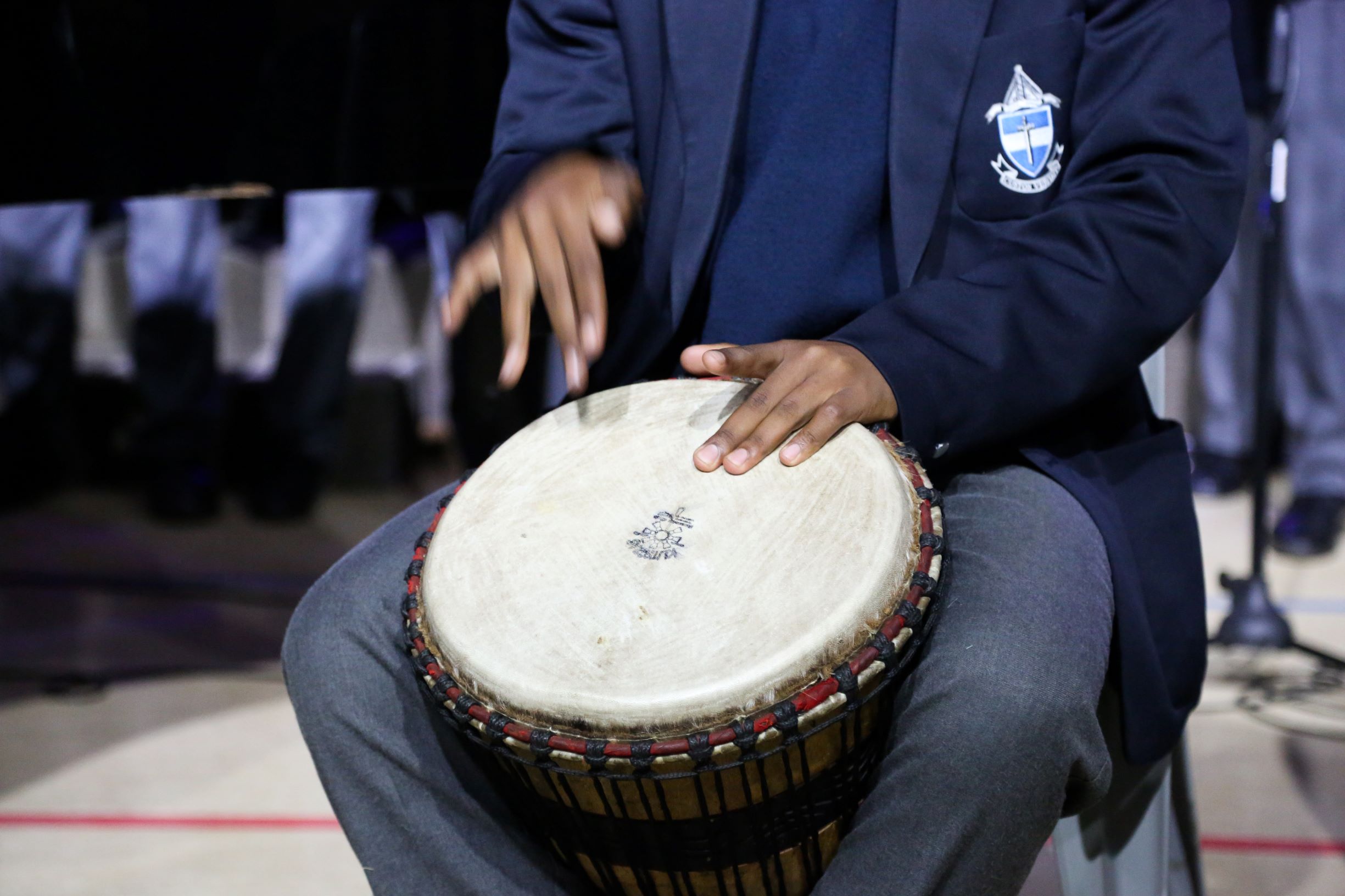 The Chapel Choir plays an integral role in College Chapel services; performs at internal and external functions, including PR tours, concerts, festivals and eisteddfods, where they have won many awards and other accolades, including their receiving a Silver Medal in their respective category at the World Choir Games in Graz, Austria, in 2008; was selected over several longer-established choirs to shoot a television commercial for M-Web that was shown on South African national television; has featured on 6 CD recordings and enjoyed a highly-successful Tour to the World Choir Games in Austria, where it won a Silver Medal in 2008, a tour to USA in 2010, and a combined tour with the St Alban’s College Band to China in 2015.  The Choir is renowned for its energy and passion.

The Barbershop is a small group of selected voices from the members of the Choir.  Only boys with exceptional voices achieve the distinction of being a part of this group of accomplished singers.  Established in 1996, the group was an overnight success and is expected, as a matter of course, to perform regularly at internal College functions, musical evenings and concerts.  They are regarded as one of the College’s best Public Relations assets; enjoyed highly successful and publicised Tours to Argentina, Austria, the USA and China; have appeared on national television on the entertainment programme Kyknet; have featured on 6 CD recordings; have appeared as guest artists at several national and international events and conferences; have performed at numerous International Expos in and around the country; and have participated in numerous festivals and eisteddfods, where they have won many awards and accolades. These include receiving a Gold and winning their respective Category in the Open Competition at the World Choir Games in Tshwane, South Africa, in 2018, and receiving a Gold and coming 2nd Nationally in their Category at the ATKV National Choir Competition in 2019. The Barbershop Boys are also called upon frequently to perform at corporate functions and public events.

This outstanding group of musicians performs on a regular basis and frequently provides light musical entertainment at major College events.  It has a varied repertoire, including Jazz, Blues, Ballads, and Rock pieces, and performs with distinction at many functions.  It is increasingly called upon to participate in festivals and functions outside the school.

With the ensembles, our aim is to create opportunities for boys to perform in a small group and to cater for different tastes. Besides the Rock Band, Gumboots and the Drum Circle, which are permanent groups that function as ensembles, other ensembles change regularly, depending on the instruments and players available to make up an ensemble.

Passionate musicians have the opportunity to audition for music groups outside the school.  There are several projects, orchestras and choirs in Gauteng that offer membership to accomplished high school musicians, amongst others: Orchestral Youth Programs like the Sinfonia Juventi and the National Symphony Orchestra; Pretoria Symphony Orchestra; Gauteng Philharmonic Orchestra; UP Symphony Orchestra and the UP Youth Choir.

The Guitar Club caters for beginners and more advanced musicians and they regularly perform at functions and often go on specially planned outings.

To stage a full-on Musical production requires talent, dedication, hard work and time management in an already busy school. Yet the educational value and personal development is of immense benefit to our students. In collaboration with our sister school, St Mary’s DSG, we have staged the “Elvis” Musical All Shook Up! in the Brooklyn Theatre in 2011, Copacabana by Barry Manilow in the Atterbury Theatre in 2013, and on our own, we staged the hit Musical, Joseph And The Amazing Technicolor Dreamcoat by Andrew Lloyd Webber, in the Atterbury Theatre in 2020. 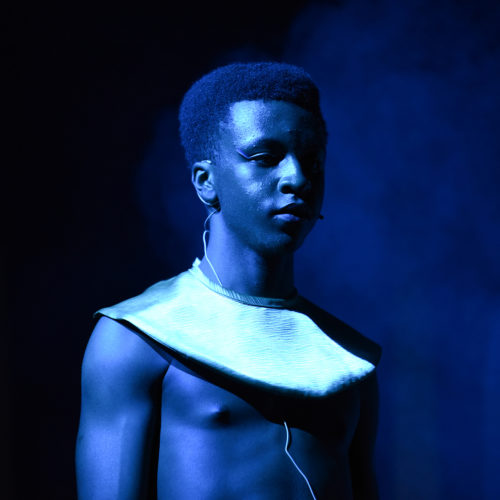 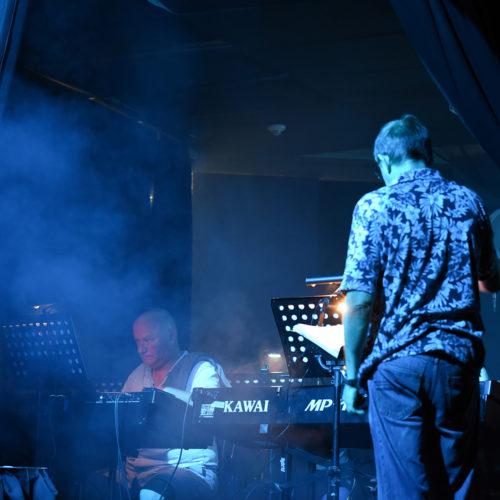 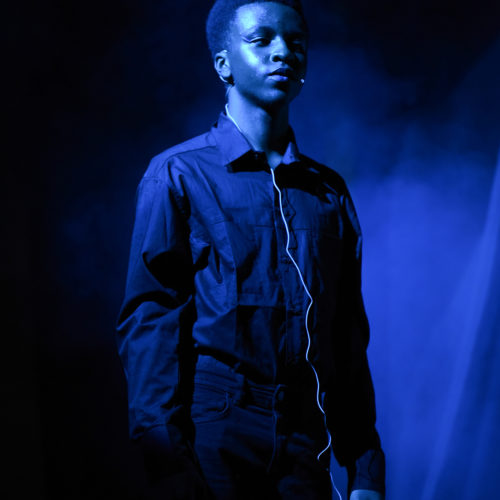 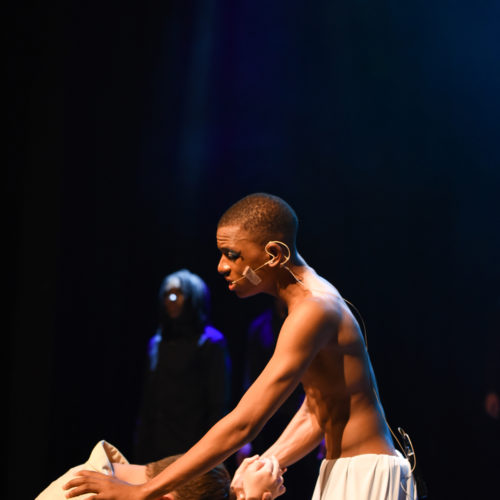 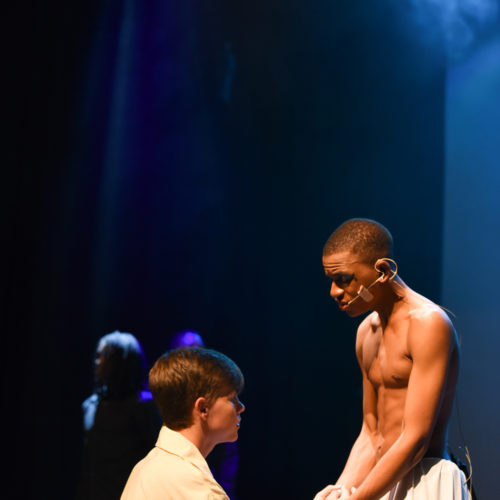 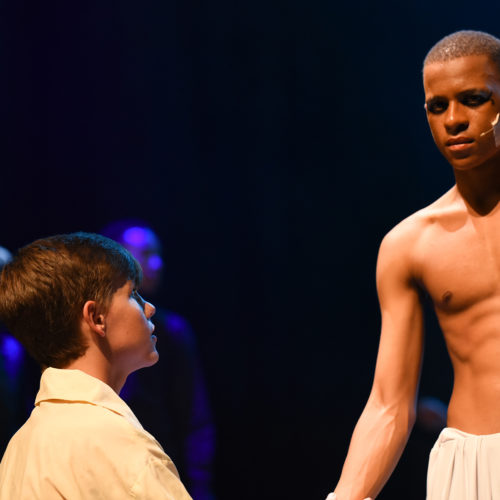 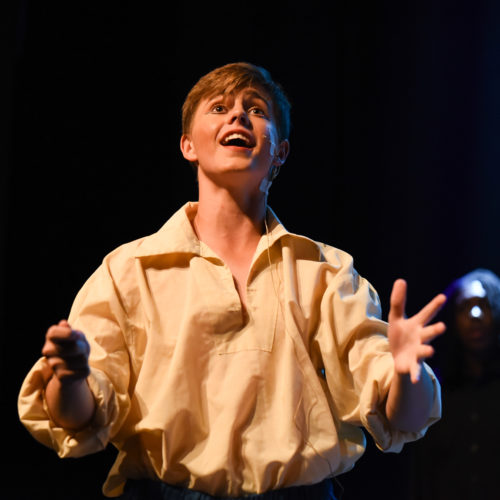 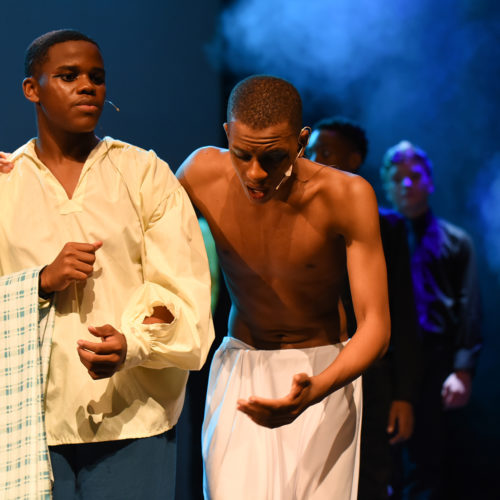 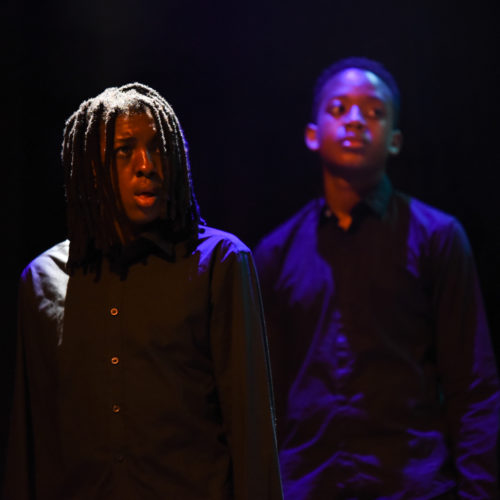 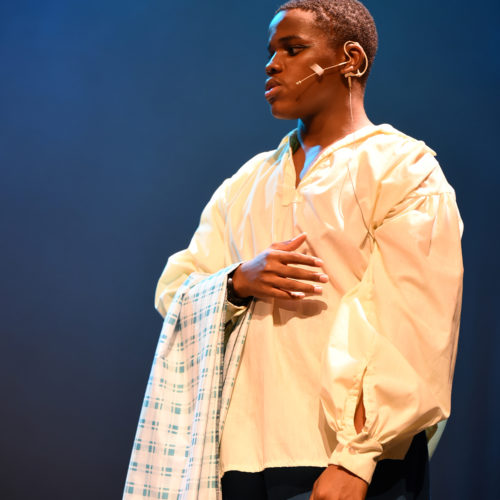 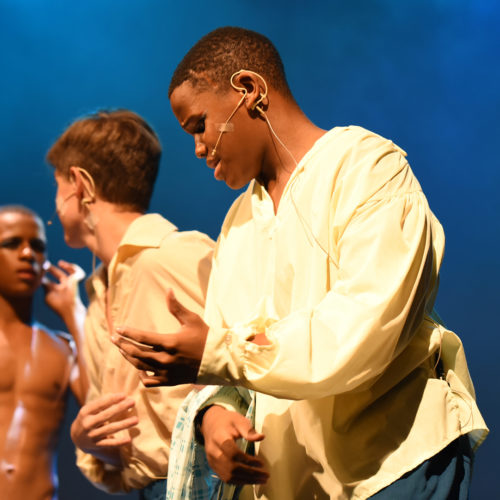 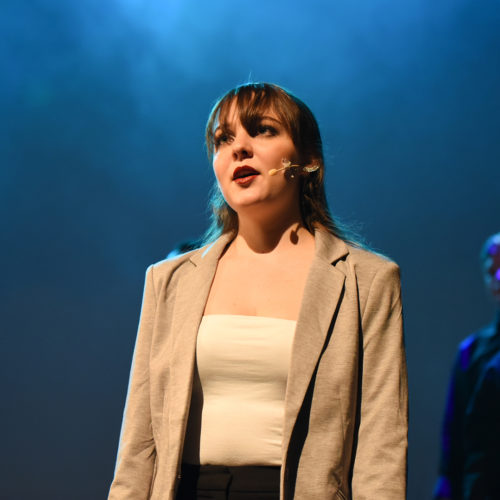 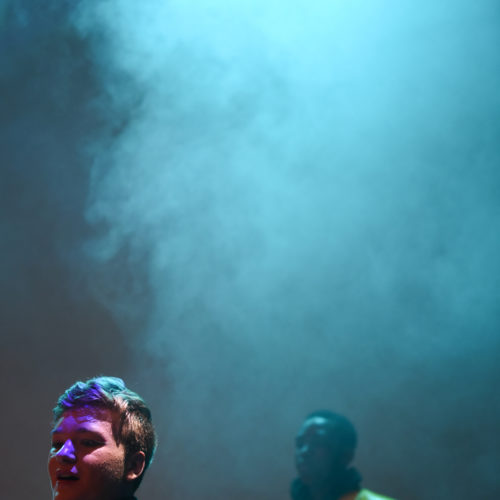 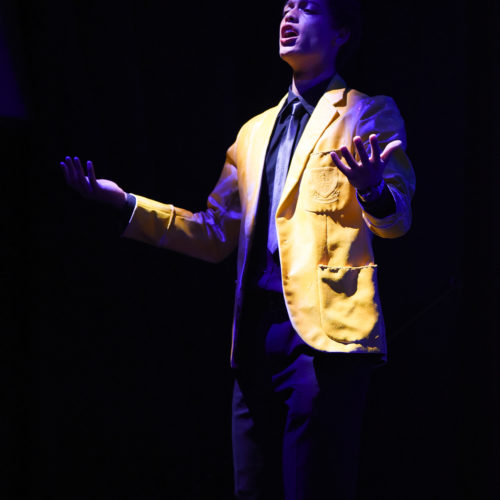 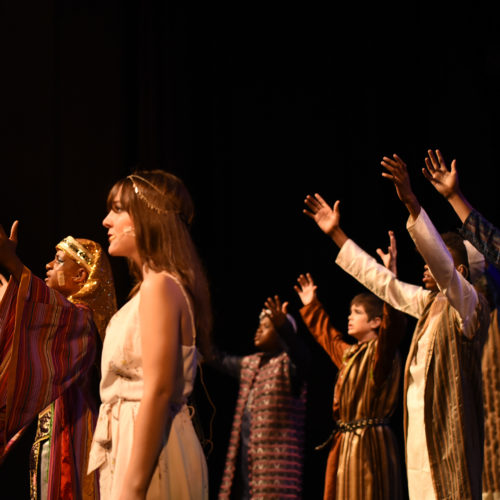 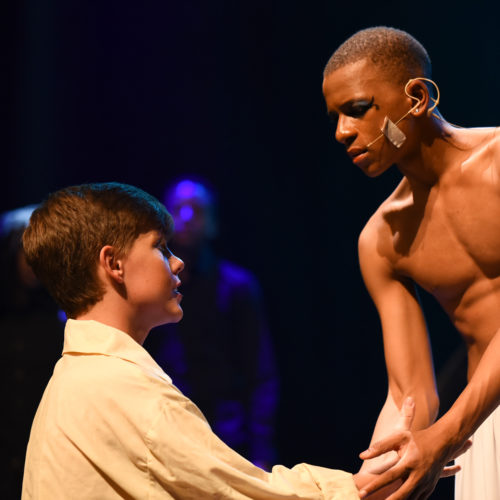 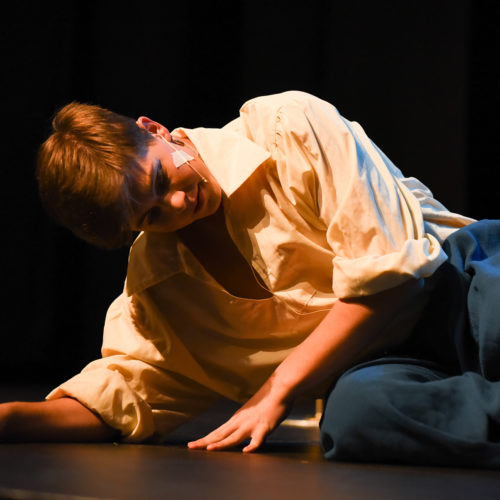 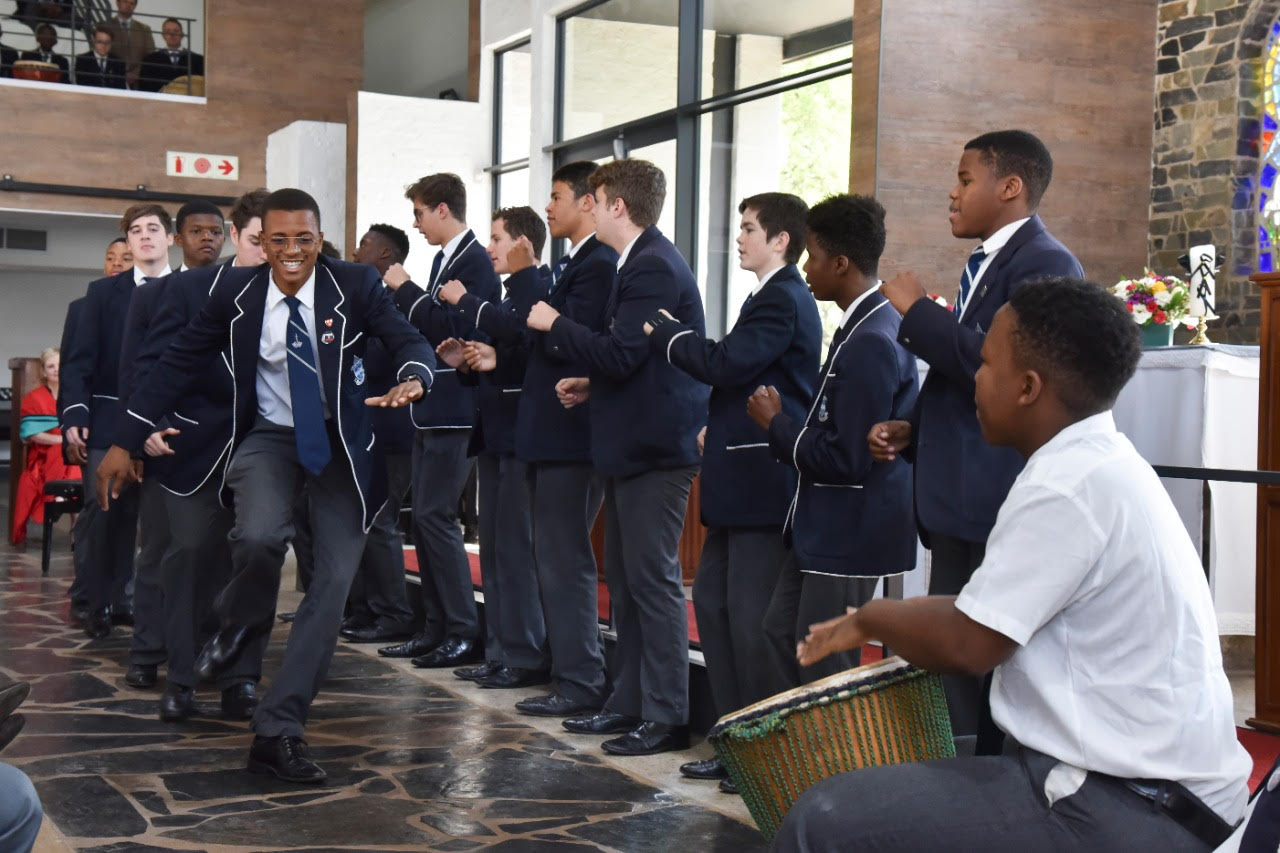 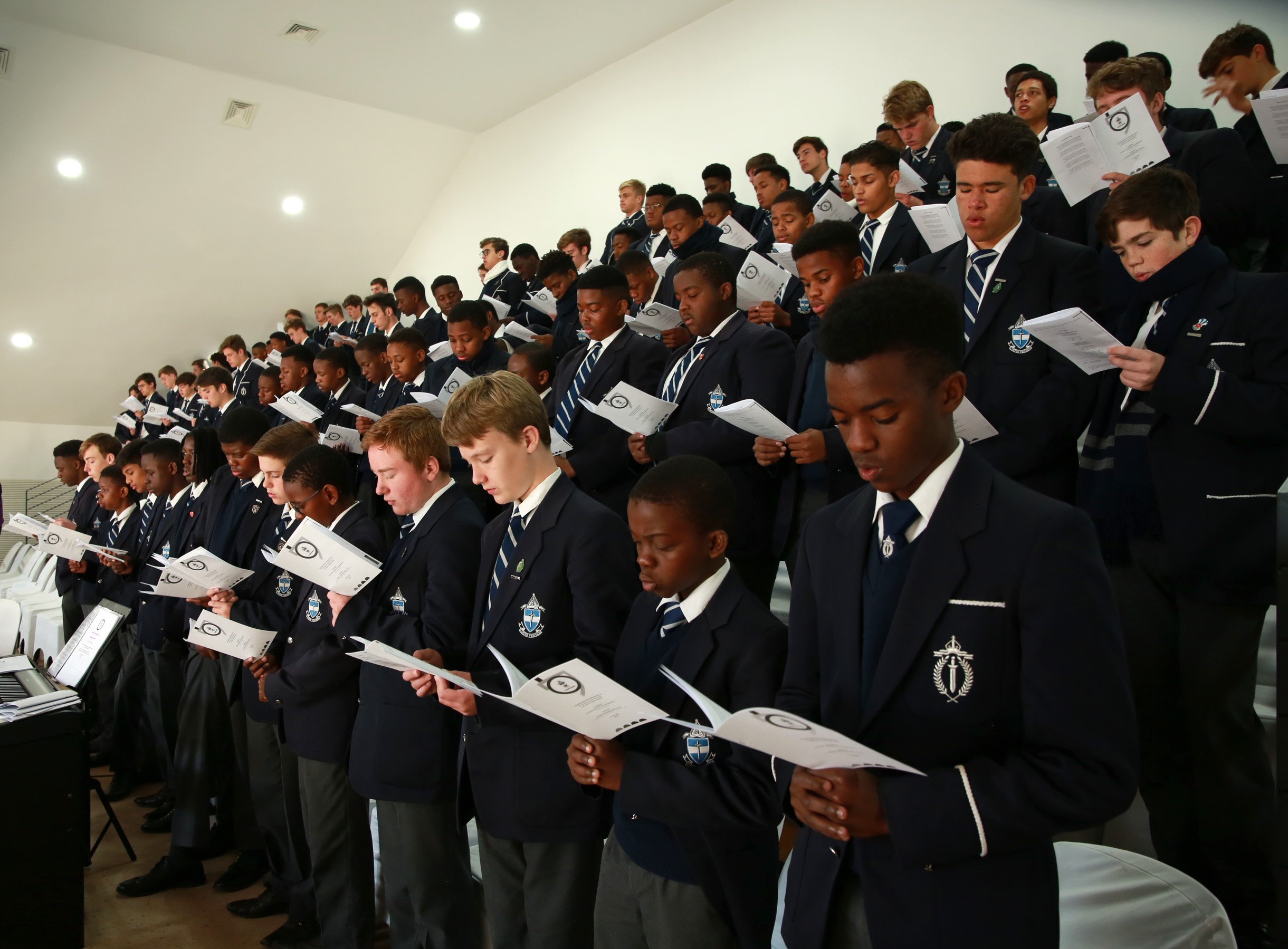 The St Alban’s College Music Department has produced six CDs in the past 15 years.  These CDs feature works by the College Choir, Barbershop, Jazz Band, Rock Band and a variety of soloists.  They are a wonderful celebration of the immense musical talent at the College and we are justifiably proud of, and thankful to, all those who made these possible. 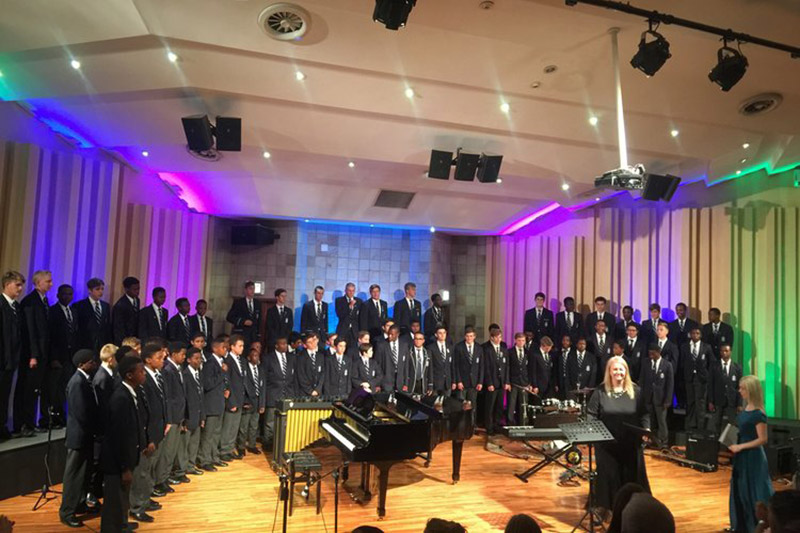 St Alban’s College has a very active co-curricular music programme, with a wide variety of instruments taught by a group of dedicated and professional musicians and educators.

Their philosophy is to provide a nurturing and caring environment in which the boys can enjoy music and flourish.